Influencer Fraud: What is It and Why Avoiding It Matters for Brands

As influencer marketing grows, so do concerns over fake creators. This post explains what brands need to know about influencer fraud and how to avoid it. 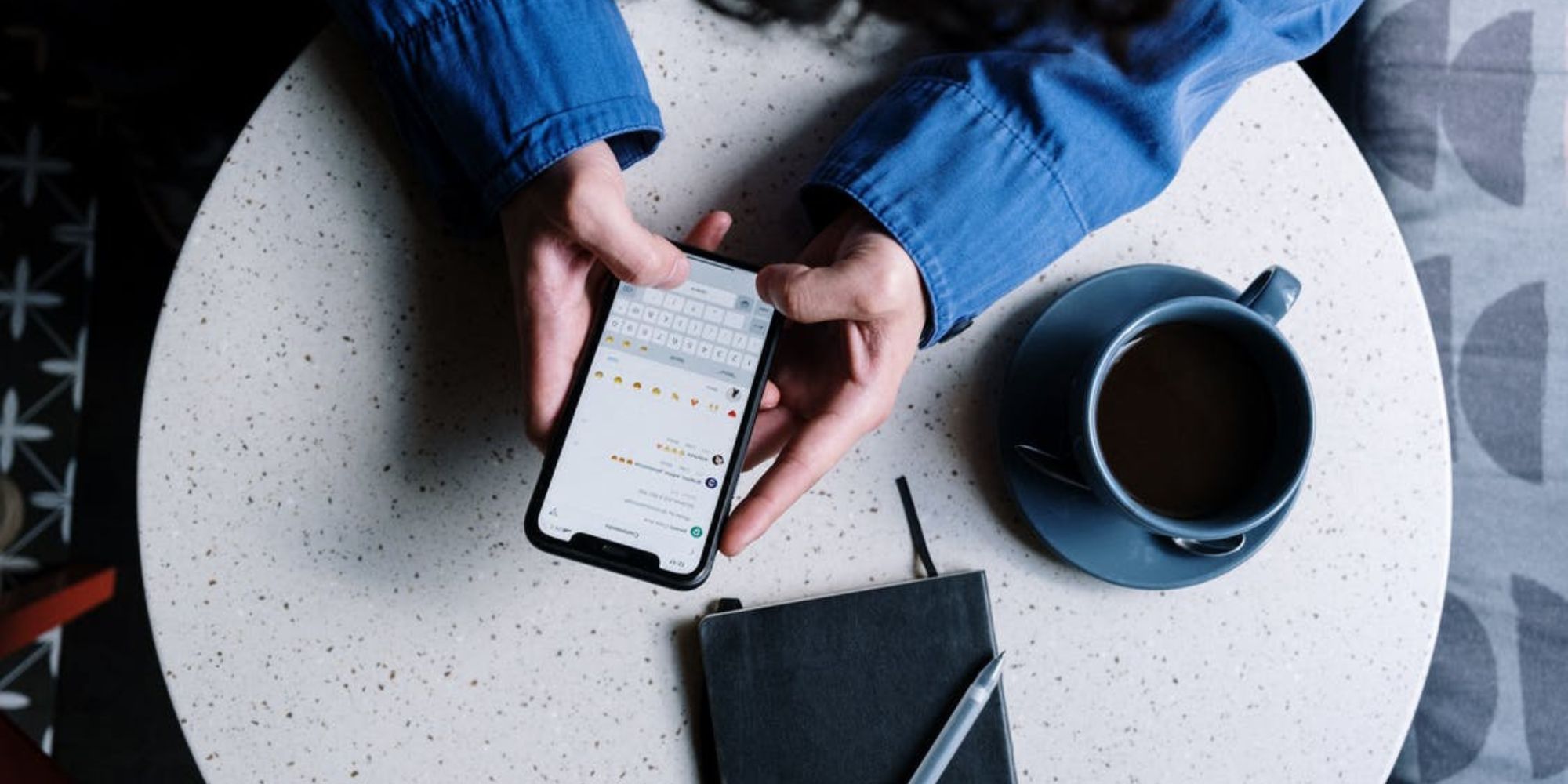 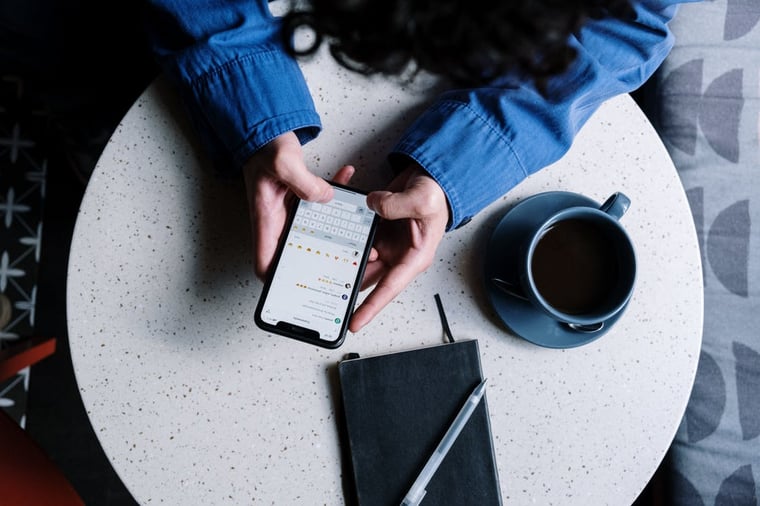 Should brands really be worried about influencer fraud?

Because countless brands run influencer campaigns without running into problems.

Heck, 84% of shoppers have bought something based on a creator’s recommendation. Influencers have become integral to how brands do business.

But just like any B2B interaction, there are potential scams companies can fall prey to.

Listen: influencer fraud is a legitimate concern to your business and reputation. That said, it shouldn’t stop anyone from hiring creators or running campaigns.

This post explains what you need to know about influencer fraud, what it looks like and how to avoid it.

What is Influencer Fraud, Anyway?

Let’s kick things off with a quick definition.

Fake influencers purchase followers or manipulate their account metrics to appeal to brands. These influencers often look authentic at a glance. However, they offer no value to brands because their audiences aren’t legit.

It’s no surprise that scammers have emerged now that influencer marketing is a $13.8 billion industry. After all, brands are eager to work with influencers.

This unfortunately can lead to cases of influencer fraud for brands that don’t know better. Realizing that you’re paying for an audience of robots and zombie accounts is a harsh reality.

And of course, working with fake influencers is a massive waste of time and money.

Let’s look at a few examples of influencer fraud from the foodie community.

Brooklyn Chop House owner Stratis Morfogen (@brooklynchophouse) receives 200+ messages a year from fake influencers. These are people claiming to be TikTok influencers in pursuit of a free meal. He reports roughly one-in-three so-called “influencers” are actually accounts inflated by bots.

Oh, and Buetti was successful in his pursuit of free food, too.

Then, he set up DMs asking restaurants for collaborations. Below is an example:

These influencer fraud examples highlight the spectrum of deceitful activity out there. Some people are literally just out for a free lunch. Others are creating full-blown bots to defraud businesses.

The 4 Most Common Types of Influencer Fraud

Influencer fraud isn’t a one-size-fits-all affair. There are a few common ways that brands get scammed by so-called “influencers.” We’ve broken ‘em down below.

Buying fake followers is probably the most popular example of influencer fraud.

In short, someone will pay for a service or bot network to make it look like their account is bigger than it actually is. This practice is particularly popular on Instagram.

According to data from Semrush, the phrase “buy Instagram followers” gets over 40,000 Google searches per month.  There are dozens of platforms that use tactics such as AI and engagement pods to artificially “Like” and “follow” accounts by the thousands.

Buying fake followers and “Likes” is also so common because it’s cheap. For example, one platform we researched offers 300 followers for $7 a pop.  This is why we always tell brands to be mindful of influencers that see sudden spikes in their follower counts.

Below are some tell-tale signs that someone is buying fake followers: 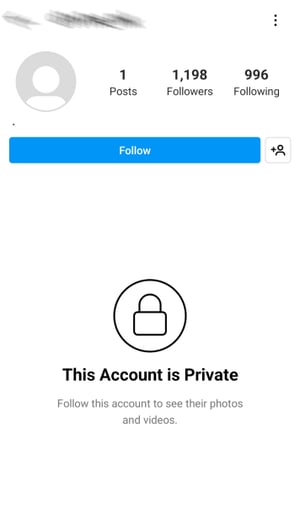 Similar to increasing follower counts, bots may also be used to engage with posts. This tactic can trick social algorithms into increasing a fake influencer’s reach.

Engagement pods are somewhat of a gray area when they involve real people that actually do purchase products and advocate for them.

In some ways, they are guaranteed eyeballs on your product but not the most ideal ones. Creators that join these pods claim that increased engagement helps their posts earn more reach. Still, Instagram discourages artificially inflating your engagement rate.

Click farms are very much fraud, though. These “farms” will set up dozens or hundreds of smartphones to engage with accounts en masse. Below is an example of how they work.

High engagement is a big selling point for influencers that want to partner with brands. Likewise, brands should pursue influencers with legitimate engagement.

The key word here is legitimate, though. Bots and scammers have gotten sophisticated. That said, there are a few quick ways to spot fake social media engagement on a post: 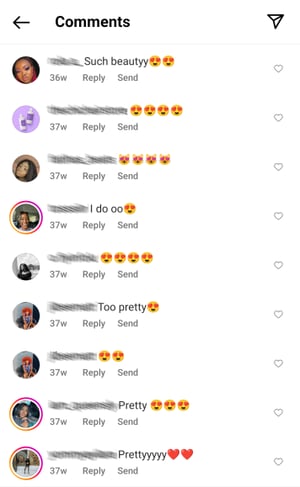 The phenomenon of fake engagement speaks to the importance of vetting influencers before working with them.

Some cases of influencer fraud occur even when an account is “legit.”

This highlights how brands need to be careful in terms of not only vetting influencers but also paying for content. Having a contract or agreement can prevent you from getting ghosted by influencers. Partial payments (“half now, half later”) can help, too.

Chances are you’re familiar with phishing from spam emails.

Phishing happens when scammers pose as reputable influencers. They reach out to brands with the intent to defraud them. These messages are often sent from what seems to be an established influencer’s email address.

These scammers often ask brands to pay them or send free products to a P.O. box. The imposter receives the gift and is never heard from again.

Note: Sometimes impersonators will still go through with a post but from a different account than promised. For example, The New York Times covered a story where someone claimed to be an influencer with 500,000+ followers. They then made their sponsored post to an account 1/10 the size.

What Are the Dangers of Influencer Fraud?

The stakes of influencer scams can be high depending on the situation. Below are some pitfalls that defrauded brands face.

You Risk Wasting Your Marketing Budget

Wasted cash is undoubtedly the biggest concern for marketers and brands.

Imagine going all-in on an influencer campaign only to learn that your biggest creators are con artists.

Research from CHEQ notes the potential revenue per post lost from fraud based on an influencer’s size. Their data found that fraudulent posts from influencers with 100,000+ followers resulted in a loss of $300 per post. Compare that to a loss of anywhere from $10 to $35 per post from micro-influencers with a few thousand followers.

Translation? Fraudulent activity from small creators is only a fraction of the hit brands can take from a celebrity-level influencer.

The risk of revenue loss from influencer fraud increases as an influencer’s follower count increases. This is an unexpected benefit of micro-influencers. Diversifying your creators in terms of audience size reduces the chance that a single imposter will wreck your campaign.

Running an influencer marketing campaign yourself is a time-consuming process.

We estimate that a product gifting campaign featuring 30 creators can take upwards of 70 hours. Losing even a fraction of that time and money because of fraud is a massive waste. This would also be a huge blow to your morale and motivation when it comes to marketing.

Damage to Your Brand’s Reputation

Associating with fake influencers can come back to haunt you.

This rings true even if it happened totally by accident. If your brand is known to have worked with a scammer, it reflects poorly on your planning and decision-making.

Is this fair? Not at all. If you don’t know what to watch out for, influencer fraud can be difficult to detect. Still, there’s a sense of “guilt by association” if the word gets out.

Also, consider that any case of publicized fraud damages the perception of influencer marketing at large. Note that consumer-to-consumer marketing’s positive impact and success stories are well-documented. Still, fraud can cause marketers to get cold feet.

Important: Not All Fraud is Within an Influnecers' Control

Keep in mind that just because something is suspicious on a creator’s account doesn’t mean they’re privy to it.

For example, creators can’t stop bot comments and fake accounts from interacting with their content. The bigger their account is, the more likely they are to deal with spam. What matters is that spam comments don’t dominate each and every post they made.

Likewise, fluctuations in engagement are totally normal. The Instagram algorithm is super fickle. Influencers will often see outlier posts that perform really well and then others that underperform. It happens! Never accuse an influencer of fraud based on engagement unless you have concrete proof.

How to Avoid Influencer Fraud (and Run Campaigns with Confidence)

Avoiding influencer fraud is easy if you can recognize red flags.

To wrap things up, here are tips to help you avoid influencer fraud in the future:

Note: be careful if you plan on using influencer database software. Apart from often being expensive and time-consuming to use, these databases don’t always vet their influencers. This means you could end up paying for fake engagement.

Why You Need an Influencer Marketing Platform That Vets Creators

That said, you absolutely should be aware of potential scams. Many brands run creator campaigns all the time and never hit any snags.

Or better yet, partner with a platform that only works with vetted influencers.

That’s where Statusphere comes in. Our full-service influencer marketing platform works with a network of hand-picked (and vetted) creators. As an added bonus, we handle everything related to your influencer marketing efforts. That includes matchmaking, shipping and tracking the results of your campaigns.

When you work with us, you don’t have to wonder whether your campaign is in good hands. Want to learn more about how Statusphere works? Contact one of our consumer-to-consumer marketing experts today to learn how we can get authentic creators posting about your brand ASAP.

Tired of getting ghosted during influencer outreach? Here’s why influencers don’t answer your emails (and what you can do to get more responses).

Top Social Media Influencers: Why You’re Looking At The Wrong Ones

Many companies believe they need top social media influencers to truly get the benefits of influencer marketing. This just isn’t true. Here’s why you...

Is an In-House Influencer Marketing Specialist the Best Way to Scale?

Thinking of adding an influencer specialist to your marketing team? This post breaks down the pros, cons and alternatives to managing influencers...