How to Tell if an Instagram Influencer Has Fake Followers

Wondering if an Instagram influencer you want to work with has fake followers? Here’s what to look for to spot phony accounts and dishonest “influencers." 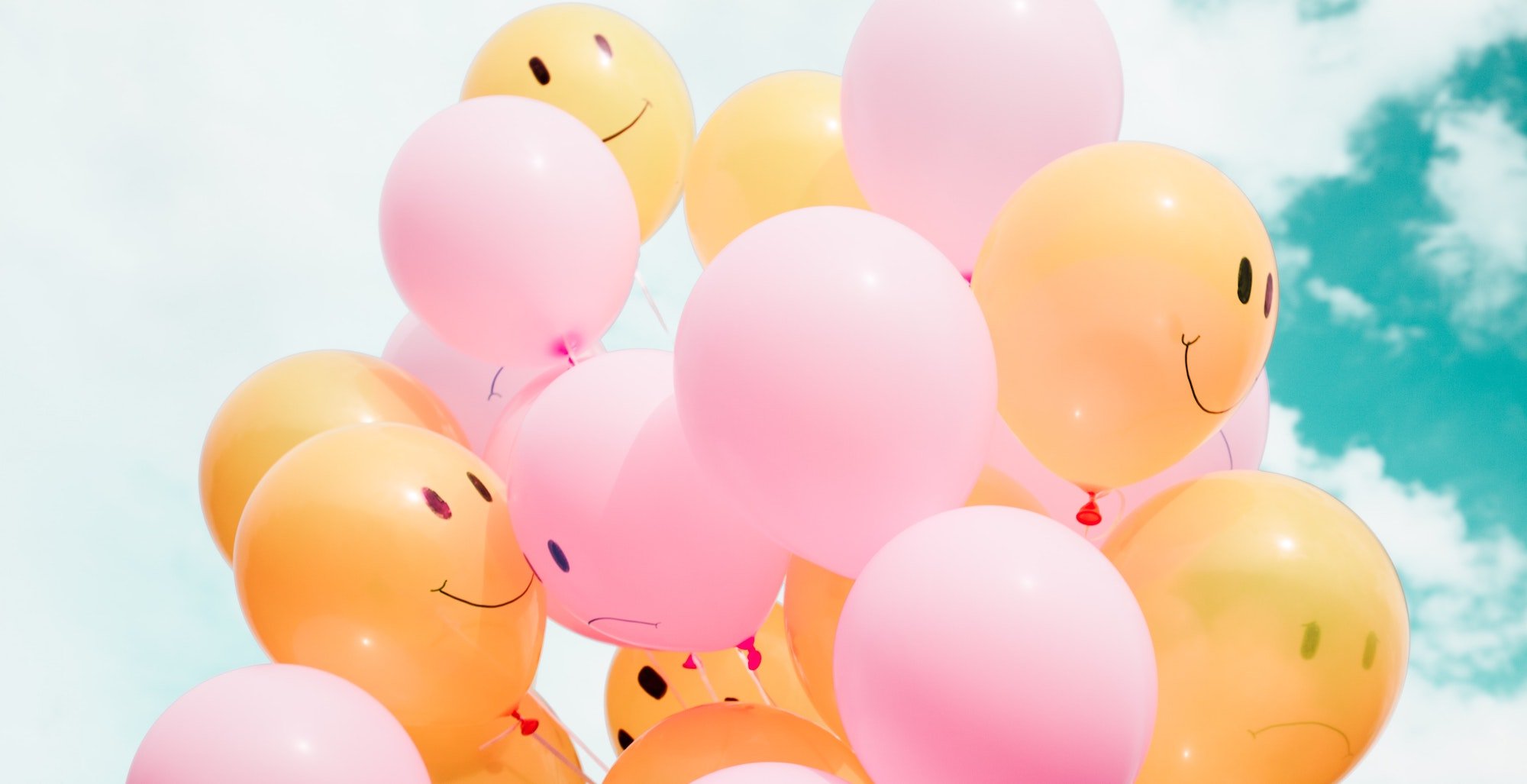 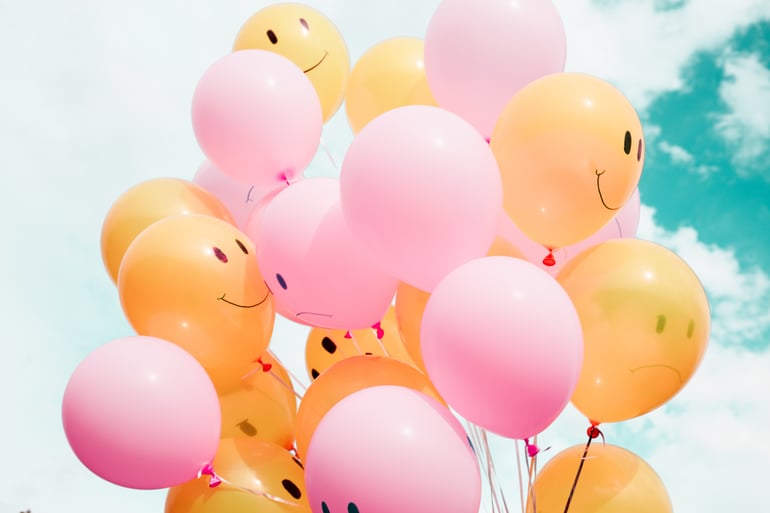 If your brand is on Instagram, you can’t waste your time on accounts with fake followers.

Because it’s never been easier to find Instagram influencers with engaged audiences to promote your products.

But from bot accounts to click farms, the recent rise of influencer fraud is a real problem.

The good news? If you know what red flags and warning signs to watch for, you can avoid phony creators without second-guessing yourself.

Below we break down how to tell if an influencer is keeping it real when it comes to their followers.

How to Know If Someone Has Fake Followers on Instagram

While there are third-party services that identify bot accounts, they’re not always accurate.

That’s why you should learn how to spot fake Instagram followers in the wild. Below are three ways to tell if a so-called “influencer” is being boosted by spam accounts.

Follower counts aren’t the be-all, end-all of what makes someone an influencer.

Thing is, many fake influencers and spammers think that inflating their follower count will make them more enticing to brands.

Many phony accounts will use an auto-follow bot to boost their numbers. Here’s how it works:

Mutual followers will trickle in but then get unfollowed over time. The end result is a near 1:1 follower-to-following ratio that’s super high. For example, an “influencer” with 15,000 followers that’s also following ~15,000 accounts is suspicious.

This ratio doesn’t necessarily signal that somebody is a fake influencer but it can be a red flag. Think about it. How many real people actually follow tens of thousands of accounts?

Below is what an authentic influencer with real followers looks like!

Follower discrepancies are much easier to catch when you’re working with micro-influencers. These accounts grow their following organically over time.

On that note, another red flag is when an Instagram account sees a sudden spike in new followers. This happens when someone buys a bunch of bot accounts in bulk to boost their numbers.

For example, we’ve found services where you can buy 300 Instagram “followers” for $7 a pop. These junk accounts don’t offer any meaningful engagement but they do create the appearance of a larger following.

And hey, that actually leads us to our next point!

2. Questionable Engagement That Doesn’t Add Up

Arguably the easiest way to spot influencers with fake followers? Look at their engagement!

Below is an example of an account that’s been accused of bot activity due to its poor engagement rates relative to its follower numbers.

This is why an account’s follow-to-follower ratio doesn’t tell the whole story. The account in question has nearly 90,000 followers but only a handful of “likes” and no comments on any given post.

And by the way, people can tell when your engagement doesn’t add up.

Although Instagram engagement rates aren’t identical from post to post, they should stay in a consistent range. Will accounts have outlier posts that overperform or underperform? Absolutely. That said, an account with thousands of followers getting such little engagement signals bot activity.

Below is another example of an Instagram account with fake followers. Accounts with 5,000+ followers shouldn’t be getting two “Likes” and 14 views on a Reel unless they’ve been shadowbanned.

It’s important to look into the quality of interactions that any given account is getting. Distinguishing real comments versus spam from fake followers is pretty straightforward. Red flags include:

If you see the colors of the rainbow taking over a comment section, you’re probably looking at a fake influencer.

Note: Don’t mistake isolated spam comments with fake engagement! There are plenty of spam accounts out there that target populated or popular comment sections. Authentic influencers get spammed. It happens. Spam shouldn’t dominate an influencer’s comment section consistently, though.

The funny thing about so many get-followers-quick services is that the “followers” they do provide don’t even look like authentic accounts.

Classical signs of fake or bot accounts include: 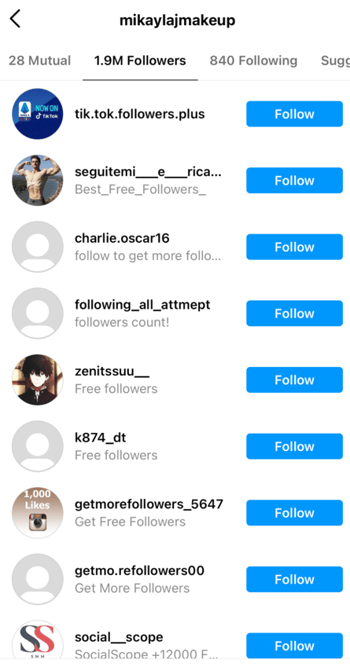 Tapping through an influencer’s follower list, you can tell pretty quickly whether or not you’re looking at real people. Some bot accounts do have randomly curated photos to give the appearance of an authentic account at a glance. Still, these are also easy to spot.

Why Identifying Fake Instagram Followers is Important for Brands

To wrap things up, let’s review why brands need to be able to tell if an Instagram influencer bought followers to make their account look bigger.

These points signal the value of vetting Instagram accounts prior to a campaign. This is especially important if you’re using influencer database software. Unfortunately, some services don’t keep their creator lists 100% up-to-date or review accounts individually.

How to Avoid Phony Instagram Influencers in the Future

Sticking to the tips above can help you identify if an influencer has fake followers.

Again, there are countless Instagram influencers out there that’d be perfect to promote your brand. Don’t let a few bad apples keep you from working with creators in the future.

Spotting fakers can be time-consuming, though. This is especially true if you’re trying to vet influencers yourself and scale your creator campaigns.

That’s where Statusphere can help! Our full-service influencer marketing platform vets and handpicks each and every creator in our network. Beyond that, we handle all of the heavy lifting of your influencer campaigns. This includes matchmaking, fulfillment and reporting.

Want to learn more about how the process works? Get in touch with one of our consumer-to-consumer marketing experts to see how we can get authentic influencers posting about your brand ASAP.

Tired of getting ghosted during influencer outreach? Here’s why influencers don’t answer your emails (and what you can do to get more responses).

Top Social Media Influencers: Why You’re Looking At The Wrong Ones

Many companies believe they need top social media influencers to truly get the benefits of influencer marketing. This just isn’t true. Here’s why you...

Time for a crash course in influencer collaboration! Here are the biggest dos and don'ts brands should be aware of when collaborating with...